As we enter into an age where technology is advancing at a rate of knots, it’s no wonder that the landscape keeping us safe has also got to change accordingly. I’m talking about cyber security, of course.

Cybercriminals are constantly trying their luck by poking their opportunistic fingers into every nook and cranny to locate system vulnerabilities. The battle to keep us safe against these threats is ever-evolving, and the necessary security solutions are becoming ever more complex. But, one cyber threat that’s gaining more traction and attention is the potential ability of a large-scale quantum computer to break apart current security encryptions, undermining our entire digital security systems.

Whilst the super-powerful quantum computers will hugely benefit many industries – think revolutionising pharmaceuticals, the financial sector and developments in artificial intelligence to name but a few – we also need to be aware of the very real potential threat to current security.

Why do we need new security tools?

In the right hands, quantum will revolutionise the world. In the wrong ones, it will grant malicious actors the power to break through the public-key encryption standards we rely on today to protect sensitive data.

Currently, the majority of the world’s data is protected as it moves across the internet by public-key encryption algorithms such as RSA, Elliptic Curve and ElGamal. And, whilst it has managed to keep us secure for a long time now, the problem here is that public-key cryptography will crumble if faced with a quantum threat. How? Put simply, public-key encryption is based on mathematical algorithms, however, quantum computers can run calculations much faster, cracking mathematical signatures in a matter of seconds.

If we want to take advantage of the incredible possibilities quantum computing will bring, then we need to adopt new security tools that will protect the current systems in place so it doesn’t become a threat. Fortunately, there are several quantum companies out there that have developed some interesting quantum-safe security solutions – and here are my top three:

Founded in 2008 in Australia, QuintessenceLabs describes itself on its website as delivering powerful data protection enhanced by the quantum power of nature. It boasts a portfolio of security products, including a suite of quantum encryption technology-based data security solutions, which they claim will help you protect your data, wherever it is: on your premises, in the cloud, or hybrid IT ecosystems.

Vikram Sharma, QuintessenceLabs’ Founder & CEO, says: “As computing technology becomes more powerful, the encryption we use to protect our data becomes more vulnerable. We need encryption that is strong enough to protect the systems we depend upon.” So, let’s take a look at how he proposes to solve the issue…

Notable products include qStream, a quantum random number generator, a quantum key distribution solution called qOptica100 and the Trusted Security Foundation®, a key and policy manager. Last year, QuintessenceLabs introduced qStream Plus™ entropy enhancer to its portfolio, which combines the power of the world’s fastest quantum random number generator, qStream, with software that seamlessly and automatically enhances the level of entropy in a network. It essentially solves entropy starvation once and for all and delivers true Entropy as a Service (EaaS) within any given network. Pretty neat, right?

From Entropy as a Service (EaaS) to a Platform as a Service (PaaS), with the new kid on the block: Arqit. Operational since 2017, Arqit has made the headlines following its recent SPAC merger and backing from big names such as Adam Aron, CEO of AMC Theatres, and partners including Juniper Networks and Virgin Orbit. But, what’s got everyone so excited?

Well, it’s the fact that Arqit’s product, QuantumCloud (the Platform as a Service as mentioned above) can make communication links to any networked device secure against current and future forms of attack – yes, that means even from a quantum computer. The legacy public-key infrastructure (PKI) encryption we use to keep our data safe today was invented back in the 70s. Safe to say it’s time for an upgrade. According to Arqit CEO, David Williams, “PKI was originally designed to secure the communications of two computers. […] It wasn’t designed for a hyper-connected world where there are a billion devices all over the world communicating in a complex round of interactions.”

Put simply, PKI is not equipped to deal with Industry 4.0, hyperconnectivity and the IoT, but luckily, Arqit’s QuantumCloud is a solution that addresses those issues. QuantumCloud provides a highly scalable cloud-based method to provide stronger, simpler encryption to any device in the world. A lightweight agent at endpoints or cloud machines creates an unlimited number of keys in unlimited group sizes, which are computationally secure, zero-trust, and one-time. Arqit’s solution doesn’t create symmetric encryption keys until they are needed. And since they’re just random numbers, there aren’t any mathematical problems to solve that a quantum computer could potentially crack. It’s a win-win in my books.

Known for developing hardware and software technology for the networking industry, ADVA’s open connectivity solutions help its customers deliver vital cloud and mobile services. But, what has that got to do with the quantum threat? Well, just think about it. Data has never been as valuable as it is today. So much so that there are malicious actors harvesting data NOW to decrypt at a later date when quantum computers become more prevalent. Quantum computers will easily bypass the standard encryptions we have today putting networks and all they’re connected to at risk.

Rather than sit on the sidelines, ADVA decided to develop a future-proof security solution for the networks of today. Last summer, ADVA launched the industry’s first optical transport solution secured by post-quantum cryptography (PQC) with its FSP 3000 ConnectGuard optical encryption solution. It relies on a hybrid key exchange system that combines PQC algorithms with classical encryption methods to make encrypted communication resistant against quantum computer attacks and deliver robust network protection now and into the future.

According to Christoph Glingener, CTO, ADVA: “Our market-first FSP 3000 quantum-safe ConnectGuard™ encryption technology answers the urgent threat posed by quantum computers and gives organisations a way to safeguard their networks before the danger materialises. Our customers’ data will be fully protected even from cybercriminals’ intent on harvesting information so that they can store it today and exploit it tomorrow.”

While each of these solutions is different, and solves slightly different security issues, when it comes to quantum, the one thing we need to recognise for sure is that it is coming. If you’re a business or organisation that’s been sitting on the fence for a while about getting a quantum-safe solution in place, take this as your sign to do it – and do it now.

The sooner you implement a security solution that’s going to protect you against the threats of today and the quantum threats of the future, the better. 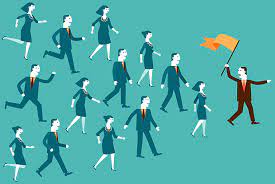 3 Strategies For Leading Through Difficult Times 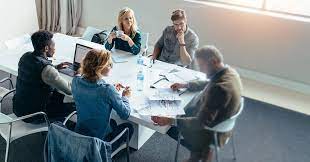 5 Important steps to your global expansion 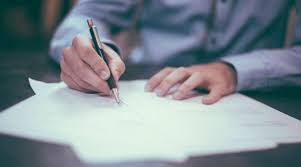 What Should Be Your UPSC Mains Strategy for 2022 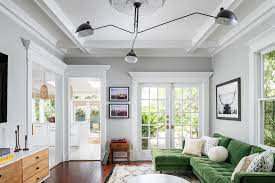 Tips for home renovation on a budget