Every job that exists in the world has its own degree of importance. Someone’s work is extremely important, you can temporarily do without some work. But the work of the driver is extremely important for the normal functioning of literally everything. The normal functioning of almost any company depends on the work of drivers, all stores to which drivers deliver goods from warehouses, to which everything also gets thanks to drivers, an industry that depends on the delivery of raw materials, healthcare, where the fast delivery of sick patients to hospitals is very important, mail depends on the work of drivers which delivers letters and parcels by cars, and even to the state in general. As a matter of fact, if the president of your country moves in a car, then it’s the driver hired for this that carries him. And the security that accompanies him also moves behind him thanks to the drivers. And you also use the services of a driver when you call a taxi. From this we can conclude that the work of a driver is extremely important, and is needed in almost any field. Almost all logistics, at least ground logistics, depend on drivers. Therefore, this work can be considered very important and in demand, even despite the fact that not so much knowledge and skills are needed to get to such a job.

Is it difficult to be a driver?

It all depends on the place in which you’ll work, as in any other profession. In some places, you’ll not need to have much experience in order to work, for example, as a taxi driver or a delivery man. Do you have a driver’s license and a car? You can work. And in some places, transport can even be issued. It will be more difficult if you want to work on a truck, or someone’s private driver. Immediately after obtaining a license at 18, you’ll not be able to work anywhere at all. Even carsharing services are only available to drivers aged 21 or over. And for private drivers, the threshold of experience with which they can be hired can even be from 20 years. The work of a driver, despite the fact that it’s relatively easily accessible to everyone, can be quite difficult or even dangerous. Even just driving in city traffic can end up in a life-threatening accident due to other drivers, the same goes for

What do you need to have to be a driver?

If you take into account only what is needed in order to get a driver’s license, then there are not so many things for this. The main condition for obtaining a driver’s license in most countries is the age of 18. In some countries, this number may be different due to certain circumstances. For example, in America and Australia, a driver’s license can be obtained from the age of 16, and one state in Australia allows even those who are 15 years old to drive a car. But in order to start making money on this, you must be much older and have a lot more experience.

The whole point is that you must be a safe worker. If you just got the license and do not have enough experience, you cannot be considered as such. As an inexperienced worker, you may endanger other road users and the passengers you carry in your vehicle by your actions. Even if you’re transporting cargo and not people, you still need to be an extremely careful driver so that the company that hired you does not suffer only losses. And since very few workplaces want to take such risks, experienced workers are hired to work better. In general, for the same reason, companies are looking for experienced workers, not only drivers, but also any others.

This is the person who is engaged in the delivery of something to the person who ordered this. In fact, the work of the deliverer is diverse. There are deliveryers who work not on a car, but on a scooter or even a bicycle, someone delivers food and someone packages. But in any case, you need to drive something, and you can confidently say that to work at such a vacancy you’ll need driving skill.

This is a driver who drives trucks or large cargo pickups who transport large goods. This can be either the transportation of products or any other things and the delivery of cars to a car dealership, or immediate buyers. To be a trucker is very difficult and will require good driving skills and stress resistance.

We can say that these drivers were more fortunate than others, since being a private driver is even prestigious. Typically, such drivers work for a person, and should carry them everywhere where they need. In addition to a person, a private driver can also, for example, carry the family of his boss, or transport some things. The disadvantages of this work include great dependence on the boss, and sometimes not even a normalized working day.

This is probably the most popular profession related to driving, and many people use the services of quiet workers. In some places, a taxi is very popular since moving by car is not very convenient. For example, those who work in the central areas of large cities will have problems with parking cars, as well as traffic jams and all other negusions on the road. Sometimes a taxi is a good way to get from point A to point B, and many people use taxi services daily.

In addition to all the above professions, there are professions in which you will not be a driver of a car, but for example a bus. Drivers with the right qualification are also needed to work in emergency services as an ambulance or fire engine. Even for working in the police, you need to be a driver. Driving is necessary in many professions, directly or indirectly. And this is not to mention the fact that this is just a very useful skill that is worth it.

Are there any minuses in professions related to driving?

Yes. The biggest disadvantage is the lifestyle that appears due to the fact that the driver is constantly sitting with the steering wheel and moves little. This can lead to different types of diseases that appear due to such a lifestyle.

Is this job popular?

Very much yes. Almost all ground logistics, the work of security services, emergency assistance, and simply the transportation of people depend on drivers. In order to meet all the needs of the population and all businesses, you need a large number of workers. Jobs related to driving a car or any other transport can always be found, and for almost any skill set. There is always a very high demand for good drivers, but given the fact that a huge part of the work of all companies depends on ground logistics, and this is not to mention all the other work that can only be done thanks to transport, work with proper skills won’t be difficult. Of course, this is not the easiest and most enjoyable job that does not always pay high, but it is a good option for those who enjoy doing it.

Where can I find such a job?

If you’ve already looked for a job online, you should be aware of the existence of sites such as layboard.in and similar ones. These sites advertise available jobs in different countries for different people. A huge advantage of this site is the ability to look for work not only in the country where you are located, but in general all over the world. If you are looking for a job abroad, then this site will help you with your search and make it as convenient as possible.

If you want to work as a driver in a country other than your own, do not forget to check whether your license is valid in the chosen country and whether you can work with them there. Not all countries allow drivers with foreign licenses to work in taxis and similar places. But if it’s really important to you, you’ll just need to get a local driver’s license.

Reasons Why Golf Pullovers are a Must-Have for Every Golfer

How To Get A Better Life Quality 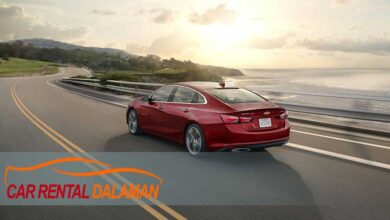 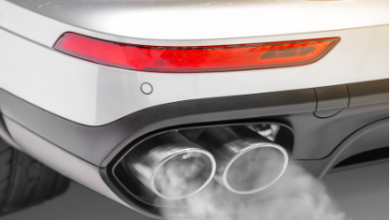 How To Upgrade Your Car With A Quality Exhaust System 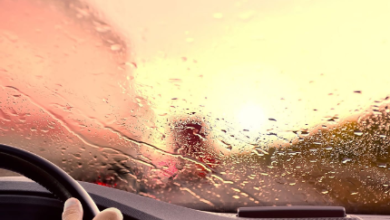 5 Vital Things to Know Before Driving in the Rain

The importance of future transport technology