Pakistan is a nation known for its wild love for sports. Many people believe it’s an integral part of Pakistani culture. Although many sports have boomed over the years and others declined in Pakistan for different reasons, one thing is clear: Pakistan has an eternal love for sports.

Despite the country’s love for sports, some are preferred over others. It depends on the number of followers these sports have in the nation, the country’s success when participating in them on the international level or the number of people who bet on them.

This article will examine the five most followed sports in Pakistan.

Everyone knows Pakistanis love cricket. They show their love for this sport everywhere, even in their movies. It’s talked about and played all over the country in almost every region and neighborhood! Although Pakistan’s soil has not seen much international cricket action lately for various reasons, their craze for the sport is still the same as it was in the 90s or early 2000s.

On the international level, the country’s national cricket team is known for its prowess and is regarded as one of the most powerful on the planet. The national team has won various tournaments and trophies, including the Cricket World Cup (1992), ICC World Twenty20 (2009), and ICC Champions Trophy (2017). With the country producing many well-known superstars like Shoaib Akhtar, Wasim Akram, Shahid Afridi, Imran Khan, and Wahab Riaz, among others, why won’t they love the sport?

Field Hockey is Pakistan’s National Sport which explains why they follow it a lot. Despite the country’s craze for cricket, they still have enough room to love this sport.

The Pakistan Hockey Federation organizes various events and governs the sport. On the international level, the country’s national team is one of the top-ranked teams in the world.

Some of the country’s achievements in field hockey on the international scene include; four-time Hockey World Cups, many Olympic gold medals, most Asian gold medals, and being the only country to win the Championship trophy three times. The country has also produced famous field hockey players like Mohammed Saqlain, and Waseem Ahmad, among others.

Squash is yet another popular sport with an enormous following in Pakistan. Pakistanis have been dominating squash for a while on the international stage. For instance, Jahangir Khan and Jansher Khan are two popular legends of Pakistani squash, with the former having an almost invincible world record of winning 555 consecutive matches.

The country also won 14 world championships, making Pakistan the most decorated nation in the world of squash. The South Asian nation has also won the Squash World Cup Open 17 times and the British Open 12 times – the most any country on the planet has ever won.

You shouldn’t be surprised if soccer is also widely followed by the Pakistanis. Although the sport has just started gaining followership in the country, it has achieved tremendous popularity in the past few years. It has also become a dominant sport in most schools and universities in Pakistan.

Due to the sport’s international appeal, it’s not surprising to find hundreds of thousands of fans of many big European football clubs like Manchester United, Arsenal, Barcelona, Chelsea, Real Madrid, and Bayern Munich in Pakistan. Apart from following these sports, some of its fans also seize the opportunity to monetize their passion for the sport through soccer betting.

Badminton is another popular sport in Pakistan with a large following. This sport is popular in the country because it’s affordable to play, does not require many facilities, and can be played anywhere.

Badminton is perhaps the only sport in Pakistan that has more female players than males.

This sport is also very much watched and followed with the same zeal as it’s played. On the international scene, the country has had a good number of successes, especially in the 1970s.

There you have it; the five most followed sports in Pakistan. As stated earlier, the people of this country love sports, and some of these have become an integral part of their culture.

Pakistan is known for its wild love for sports. Here are the top 5 most followed sports in the country.

What Prizes Are at Stake at the World Esports Academia Competition This Year? 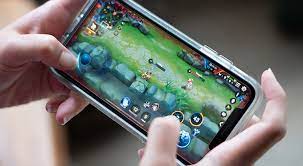 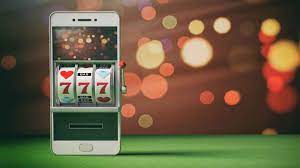 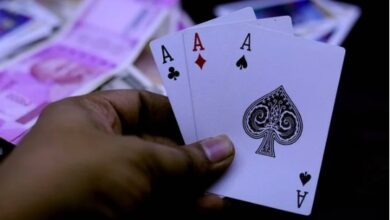