For over 25 years now, golf fans have eulogised over the remarkable golfing talent of Tiger Woods. Having burst onto the scene at an early age, a meteoric rise for a teenager, Woods won his first major in the 1997 Masters, and with so much hype over the American coming into the tournament, especially given how easily he won the Las Vegas Invitational the year before, he made sure to live up to expectations and won in record-breaking fashion aged just 21.

The Rookie of the Year, and one of the favourites in almost every tournament he entered when it came to the golf betting odds, Woods had firmly burst onto the scene. The famous images of him donning that oversized green jacket — with it the legacy and prestige of victory in Augusta, Georgia — will forever be etched in the history books, and quickly the Nike sponsorship and video game licencing followed. Woods was on top of the world.

Having won six consecutive PGA Tour events at the turn of the century, as well as consecutive PGA Championships, The Open and two more Masters, it’s easy to see how complacency set in. Having become a real celebrity in the world of golf, up there with the likes of Jack Nicklaus before even celebrating his 30th birthday, Woods toughest task would be maintenance and longevity, something he’s beginning to struggle with in the latter stages of his career.

Aside from any personal difficulties, Woods would undergo something of a drought from majors, but it wouldn’t stop any free golf betting tips considering him from having an outside chance of causing an upset. Even now, when he was forced to withdraw from the PGA Championship after struggling by the third round, we still see glimpses of excellence from the now 46-year-old, but injuries look to have taken their toll.

The 15-time major winner, who suffered further damage to his legs after a car crash in Los Angeles last year, has also suffered vision impairments throughout his career as well as issues with his left knee. The crash is still clearly causing Woods some difficulties on the course, with Justin Thomas sympathising with the number of screws and pins it took to repair his ankle.

“Horrified is definitely something I would say,” he said. “Obviously I think the world of the guy, and I’m sure y’all are in the same boat,” he added after his second round at Augusta. “If he is playing, he is the GOAT. He is going to play great, but he actually does it. It’s like, wow, it’s unbelievable.

“I’m pumped for him. I’m happy for him. I’ve seen how hard he has worked and seen all the things he has done behind the scenes. Yeah, it’s very, very impressive for him to make the cut and be playing as well as he is.”

In what looked to be a real baptism of fire, Woods won the 2019 Masters, picking up a fifth green jacket in the process. It looked to be a real resurgence and a turning point in his career as he held his nerve to see off Dustin Johnson, Brooks Koepka and Xander Schauffele with a dramatic display in front of an adoring Augusta crowd.

So much has changed in golf since then, with the coronavirus pandemic essentially putting the sport on hold for half of 2020, and allowing a new era of talent to rise through the ranks. You only need to look at the emergence of Scottie Scheffler, who won his maiden masters this year and rose to number one rankings in Woods-esque style to see a changing of the guard is well underway. The likes of Will Zalatoris, Viktor Hovland and Sam Burns suggest a changing of the guard, and it will be interesting to see how much more Woods has to give in the twilight of his time on the course.

5 Important steps to your global expansion 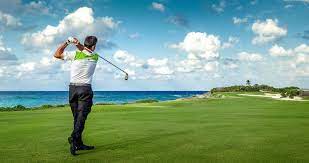 Reasons Why Golf Pullovers are a Must-Have for Every Golfer 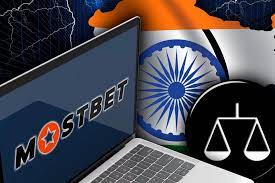 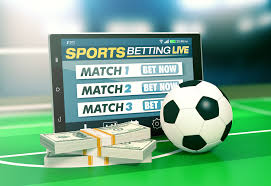 The Pros and Cons of Sports Betting 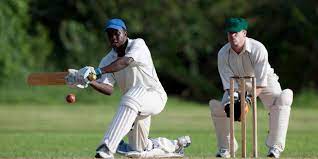